Wachuma or San Pedro, also known as Huachuma, is an ancient magic medicinal plant, used for Inca ceremonies that awaken your heart's light.

Wachuma or San Pedro, also known as Huachuma, is an ancient magic medicinal plant that is used for Inca ceremonies that awakens your heart's light. Wachuma or San Pedro is the masculine spirit of the Apus (Andean mountains). Heals, cleanses and harmonizes from the inside to the outside of your being. It purifies your mind, gives you cosmic energy and makes your eyes shine with love. It connects you with the great spirits of the mountains.

It is a divine gift, opens the doors of heaven and earth, expands the vision. It connects you with nature and universe, cleanses, balances the body, mind and spirit, sensitizes your heart, gives you the energy, the power to transmit your love to the universe. It is anti-stress and anti-depressant.

It is also a process of reflection of the conscience, psychoemotional opening of self-healing. It has many cathartic properties. 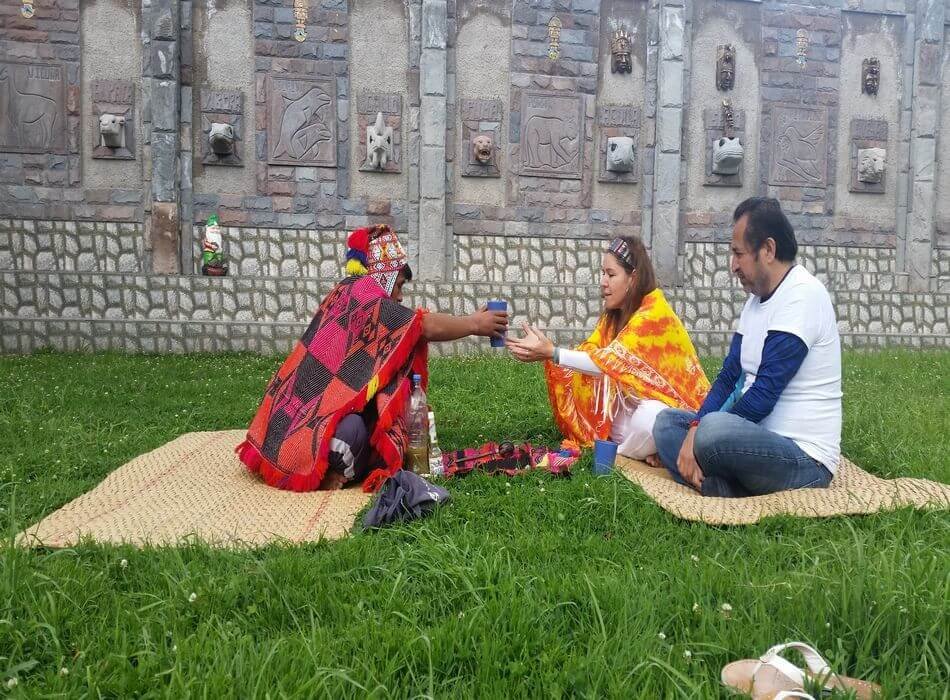 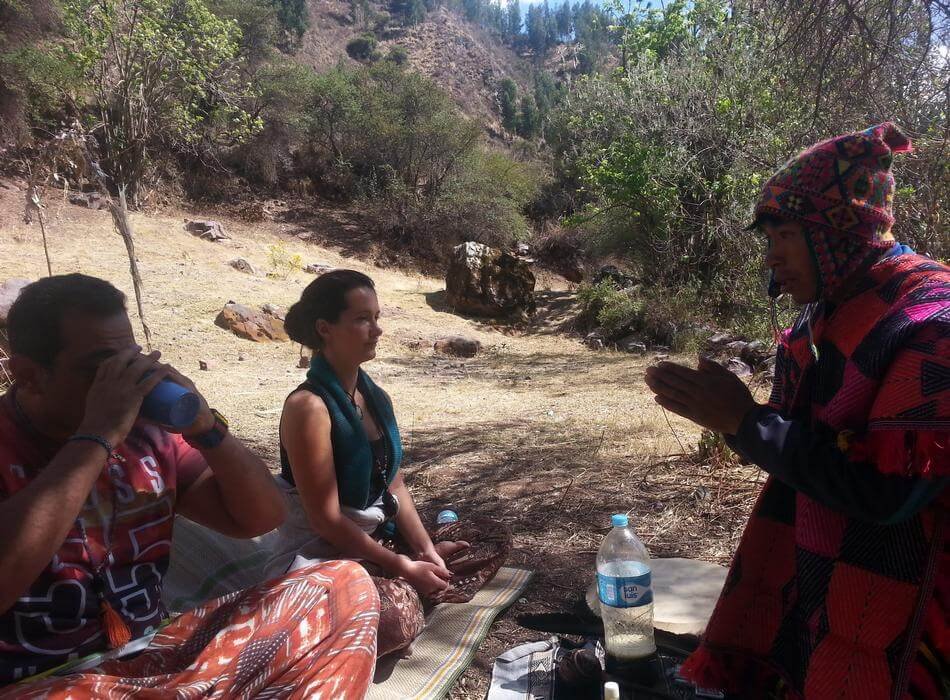 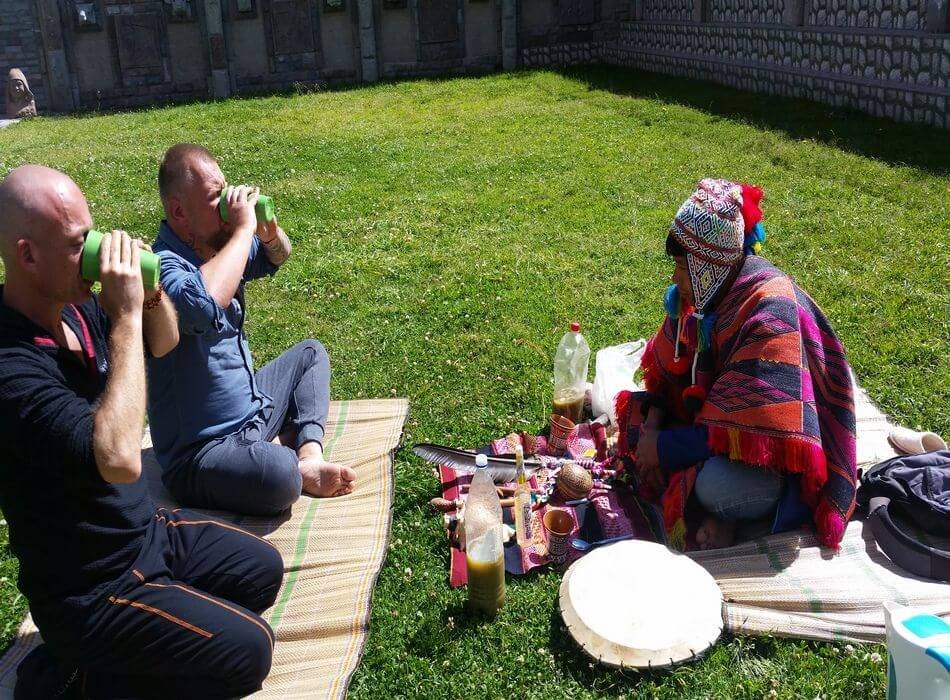 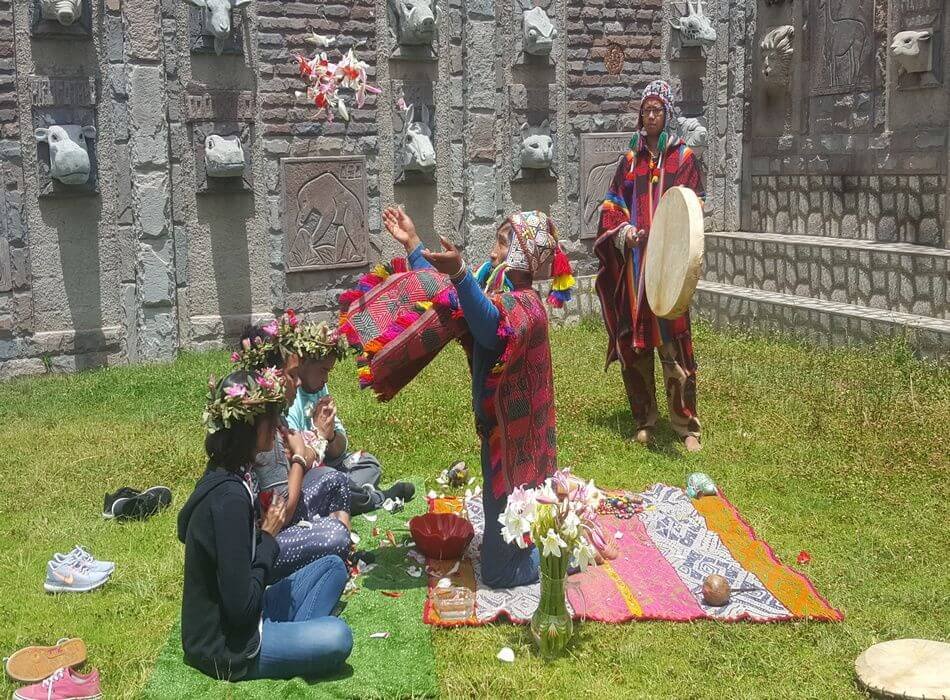 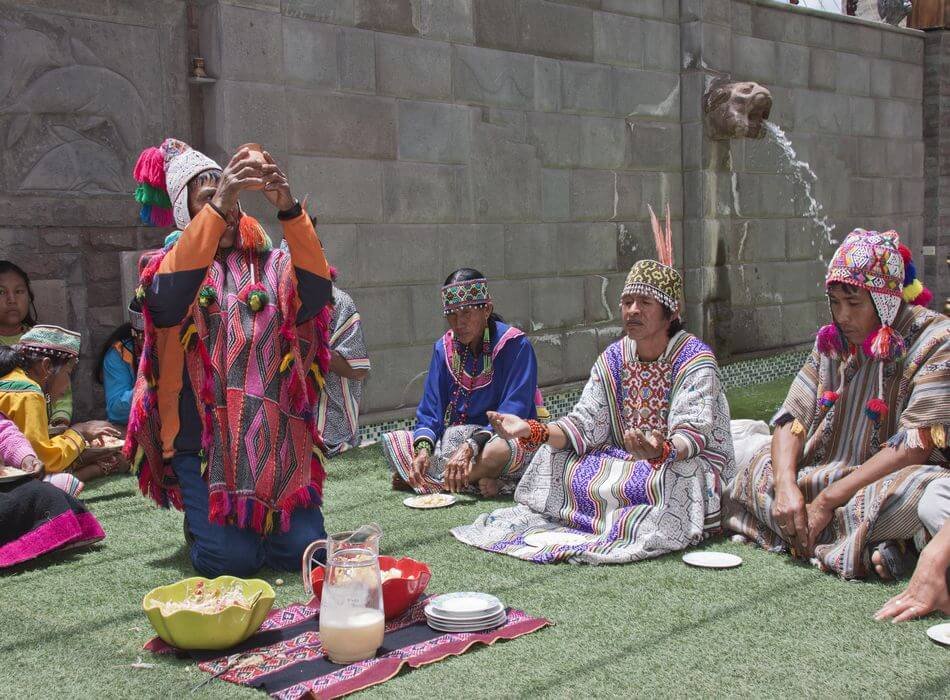 According to studies, this mystical plant was already used in 1000 b.C. by the mother civilization Chavin de Huantar (Northwest Peru), considered one of the earlier centers of spiritual initiation in South America. In this place, we have concrete, archaeological evidence of the use of Wachuma (trichocereus pachanoi).

With the arrival of the Incas, their use was increased and was used throughout the Tawantinsuyo (Inca Empire). Following the Spanish invasion, this plant was almost destroyed, its use banned and it was demonized along with the Ayahuasca by religion, since the Spaniards did not understand the ideology of the Incan people.

Benefits of the Wachuma Ceremony

Wachuma, the sacred and medicinal plant was protected by our Shamans in the most distant places of sacred Peru, because it leads us to connect directly with the Divine (God) and cures, opens the conscience for self-learning.

Known in its original name in Quechua Wachuma (San Pedro/Saint Peter). Why Saint Peter? According to Christianism, it is Saint Peter who opens the gates of Heaven. Its scientific name is Trichocereus Pachanoi and its main chemical component is mescaline.

The great benefit of taking Wachuma is that it awakens the senses of the human being (altered states of consciousness) to work with the unconscious, where we store most of the traumas that can be acquired even in the womb of our mother.

For us there are no physical illnesses, but emotional diseases that are reflected on the physical level. These emotional diseases are not cured with Western medicine, which is directed to the physical body. We can cure using master plants and different Inca ceremonies, we work on the three most important parts: body, mind and spirit. It is possible to regress back to the moment of your birth and before. It also leads people to find the source of their trauma, which may be in this or in previous lives.

The Wachuma has no contraindications, it is used by all people from children up to the age of 60 years. We have cases of people with heart problems, psychosis, epilepsy, bipolar disorder, frigidity and others, the secret is responsible, safe and authentic care that is the basis of our service. Wachuma ceremony in Cusco.

Tips before the Ayahuasca!

Want to change the world? At Berkeley we’re doing just that. When you join the Golden Bear community, you’re part of an institution that shifts the global conversation every single day.

Our Community of Shamans offers a total quality service in the ceremonies and retreats of Ayahuasca or Wachuma.

I spent a week with the Association of Peruvian shamans in their beautiful temple in Patapata. During this time I had Ayahuasca , Watchuma, Karpay and 5 Andean ceremonies, all ceremonies with different shamans. It was an unforgetabke experience, healing and enlightening that opened a new path for me. I also want to thank Johana and Amaru, who assisted in all the ceremonies and took really good care of me during my stay. I can not recommend enough their retreats.

valid only for 24th Oct.

valid only for 18th Nov